Taipei Veterans General Hospital has ranked as the Top 15 Hospitals globally by Gazette Review and the Top 16 of Ranking Web of Hospitals on the internet.

Taipei Veterans General Hospital has also excelled in medical research and technology innovation.  We have accomplished more than 100 firsts nationwide and even some worldwide. 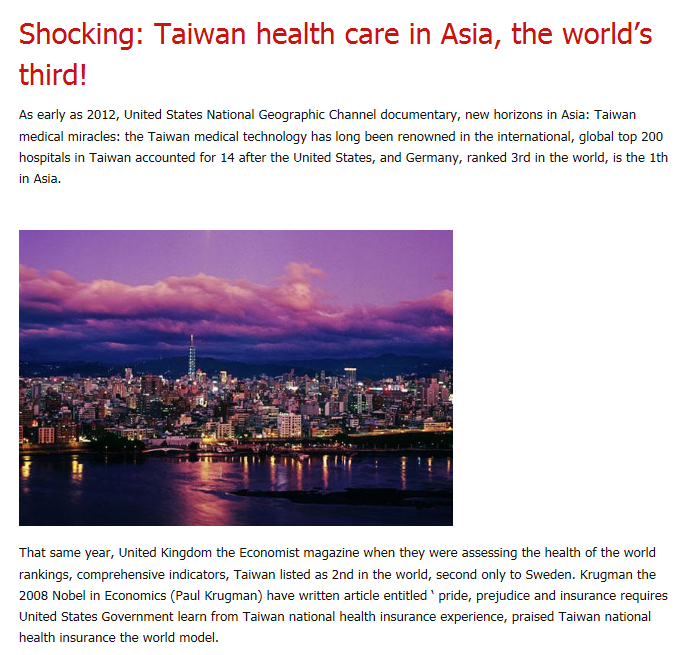 China Times, one of the leading newspaper in Taiwan, has cited the report from a Chinese world weekly magazine to rank Taiwan as No. 3 in the world and the first in the Asian for the Medical skills and technologies.  Among the list of 12 medical skills and innovations that witnessed the success of Taiwan’s medical development, the roles of Taipei Veterans General Hospital in some of them are decisive.

For example, we have the first team work in Asia to use catheter ablation to treat atrial fibrillation and are ranked among the top ten medical centers in terms of clinical service and research of cardiac arrhythmias. Aside from the physicians from 23 local hospitals, the team work members have already trained 11 cardiologists from U.S., Japan and India, etc…

Other team workers that have provided international training programs in recent years include, for example but not limited to, those on Neurosurgery, Radiology, Orthopedics, Clinical Toxicology & Occupational Medicine, Pediatric Surgery and Ophthalmology.